Most Worshipful PAUL REVERE, Grand Master of the Grand Lodge of Massachusetts, with Governor Samuel Adams, laid a cornerstone and buried a time capsule. Among the contents was a silver plate, which read:

"This Corner-stone intended for the use of the Legislature and Executive Branches of Government of the Commonwealth of Massachusetts was laid by His Excellency Samuel Adams, Esq’r, Governor of said Commonwealth assisted by the Most Worshipful Paul Revere, Grand Master; and Right Worshipful William Scollay, Deputy Grad Master; The Grand Wardens and Brethren of the Grand Lodge of Massachusetts.

"Worshipful Brethren, I congratulate you on this auspicious day: — when the Arts and Sciences are establishing themselves in our happy Country, a Country distinguished from the rest of the World, by being a Government of Laws. — Where Liberty has found a Safe and Secure abode, — and where her Sons are determined to support and protect her.

Brethren, we are called this day by our Venerable & patriotic Governor, his Excellency Samuel Adams, to Assist him in laying the Corner Stone of a Building to be erected for the use of the Legislature and Executive branches of Government of this Commonwealth. May we my Brethren, so Square our Actions thro life as to shew to the World of Mankind, that we mean to live within the Compass of Good Citizens that we wish to Stand upon a Level with them that when we part we may be admitted into that Temple where Reigns Silence & peace."

The first time I heard about the Rough Ashlar,

In the symbolism of Freemasonry, you are told that you have to find the deeper meaning on your own.   Maybe this is it?   The Perfect Ashlar and the Rough Ashlar are one. 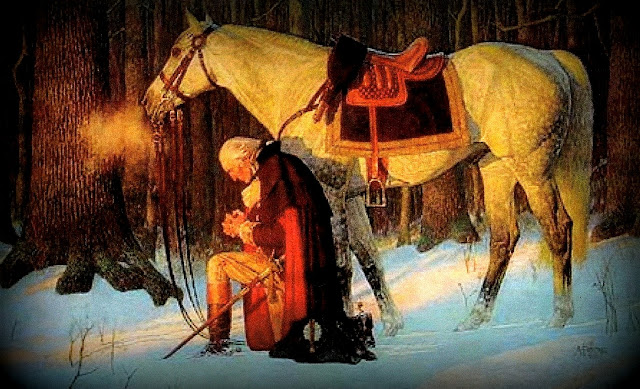 With thoughts, prayers and rememberances for those serving overseas and those lost this winter, that won't be home with their Loved ones on this day.


We had 32° practice tonight.   I have a small part.    In Japan, I always admired the Kabuki plays that rural villages would put on as amateur  productions.   In Japan, I wished we had such a tradition.   I had no idea that I would find an American tradition of archetypal plays in the Scottish Rite and am dumbfounded that I am actually playing a part in them.

31° is my favorite, but the 32° is one of the close runners ups!    It will be performed tomorrow at the Minneapolis Valley Scottish Rite Temple.

The lessons taught in this degree are that genuine brotherhood requires mutual regard, opinion, esteem and charity. We always look for the good in all, make allowances for others’ shortcomings. We trust the Supreme Architect to lead us to friendship, morality and brotherly love. The apron worn in this degree is white, lined in black, with a double-headed eagle and a plan of the Camp of the Princes. The jewel worn is a golden Teutonic Cross. In the center are the letters XXXII, surrounded by a green wreath. The cap of a Master of the Royal Secret is black silk with a black band trimmed in gold. In the center front is a double-headed eagle emblem with a rayed equilateral triangle above in gold. The triangle is red, has 32° in its center, and is trimmed with gold. Posted by Togeika at 9:32 PM No comments:

H.H. Humphrey was a member of Cataract #2, the  Masonic Lodge I belong to.

The 7-foot bronze statue of Humphrey — former Minneapolis mayor, U.S. senator and then vice president under President Lyndon Johnson — will be on the southwest side of the mall, and surrounded by gardens and granite inscribed with some of his "notable quotations."

Lessons from a happy warrior for social justice By Eric P. Schwartz | 07/25/12

"As it happens, the dedication ceremony will occur shortly after the July 15 anniversary of then-Mayor Humphrey's appeal for civil rights at the 1948 Democratic National Convention. In that historic and courageous speech in Philadelphia, Humphrey successfully urged the Democrats to adopt a landmark civil-rights plank, calling on the Party to "get out of the shadow of states' rights and walk forthrightly into the bright sunshine of human rights."

Not A Mason, But Appreciated Masonic Values: "built level and square by craftsmen who were honest in their bones."


"THIS I BELIEVE"
by Robert A. Heinlein

Robert A. Heinlein wrote this item in 1952. His wife, Virginia Heinlein, chose to read it when she accepted NASA's Distinguished Public Service Medal on October 6, 1988, on the Grand Master's behalf (it was a posthumous award).

"I am not going to talk about religious beliefs but about matters so obvious that it has gone out of style to mention them. I believe in my neighbors. I know their faults, and I know that their virtues far outweigh their faults. "Take Father Michael down our road a piece. I'm not of his creed, but I know that goodness and charity and lovingkindness shine in his daily actions. I believe in Father Mike. If I'm in trouble, I'll go to him."

"My next-door neighbor is a veterinary doctor. Doc will get out of bed after a hard day to help a stray cat. No fee--no prospect of a fee--I believe in Doc.

"I believe in my townspeople. You can know on any door in our town saying, 'I'm hungry,' and you will be fed. Our town is no exception. I've found the same ready charity everywhere. But for the one who says, 'To heck with you - I got mine,' there are a hundred, a thousand who will say, "Sure, pal, sit down."

"I know that despite all warnings against hitchhikers I can step up to the highway, thumb for a ride and in a few minutes a car or a truck will stop and someone will say, 'Climb in Mac - how far you going?'

"I believe in my fellow citizens. Our headlines are splashed with crime yet for every criminal there are 10,000 honest, decent, kindly men. If it were not so, no child would live to grow up. Business could not go on from day to day. Decency is not news. It is buried in the obituaries, but is a force stronger than crime. I believe in the patient gallentry of nurses and the tedious sacrifices of teachers. I believe in the unseen and unending fight against desperate odds that goes on quietly in almost every home in the land.

"I believe in the honest craft of workmen. Take a look around you. There never were enough bosses to check up on all that work. From Independence Hall to the Grand Coulee Dam, these things were built level and square by craftsmen who were honest in their bones.

"I believe that almost all politicians are honest. . .there are hundreds of politicians, low paid or not paid at all, doing their level best without thanks or glory to make our system work. If this were not true we would never have gotten past the 13 colonies.

"I believe in Rodger Young. You and I are free today because of endless unnamed heroes from Valley Forge to the Yalu River. I believe in -- I am proud to belong to -- the United States. Despite shortcomings from lynchings to bad faith in high places, our nation has had the most decent and kindly internal practices and foreign policies to be found anywhere in history.

"And finally, I believe in my whole race. Yellow, white, black, red, brown. In the honesty, courage, intelligence, durability, and goodness of the overwhelming majority of my brothers and sisters everywhere on this planet. I am proud to be a human being. I believe that we have come this far by the skin of our teeth. That we always make it just by the skin of our teeth, but that we will always make it. Survive. Endure. I believe that this hairless embryo with the aching, oversize brain case and the opposable thumb, this animal barely up from the apes will endure. Will endure longer than his home planet -- will spread out to the stars and beyond, carrying with him his honesty and his insatiable curiosity, his unlimited courage and his noble essential decency.

"This I believe with all my heart."

Posted by Togeika at 4:54 PM No comments:

More from Albert Pike: "The Nobelest of Use"

Lee's note:   I always like to be aware, that I stand directly in the center of all those people who came before me in the past and all of those who will come after me when I am gone.  This idea, in no way makes me feel small, but rather, impresses upon me the importance of my life as a bridge between all the past and infinite future.

"The noblest, if not indeed the only noble use, to which we can devote our strength, our energies, our faculties, our intellect, is to labour for the benefit of others, to instruct, to guide, to enrich with physical comforts, and moral healthfulness and intellectual wealth, the less favoured of our race; not alone our children, friends, neighbors, but those remote from us and even unknown to us; separated from us even by wide spaces of time yet unelapsed' to be born hereafter; to people this earth when we have leftit; to build teir habitations and their cities, and the monuments of their ancestors, upon our unknown graves....."